At CMH Kempster Ford Randburg we do our utmost to give our customers the best value for money and a commitment to ensuring a quality product for you. We strive to embody the Ford motto and Go Further for our customers every day.

Ford Approved is Ford’s very own pre-owned vehicle sales platform. We offer a range of cars, from a variety of brands, which have undergone stringent and comprehensive quality testing. 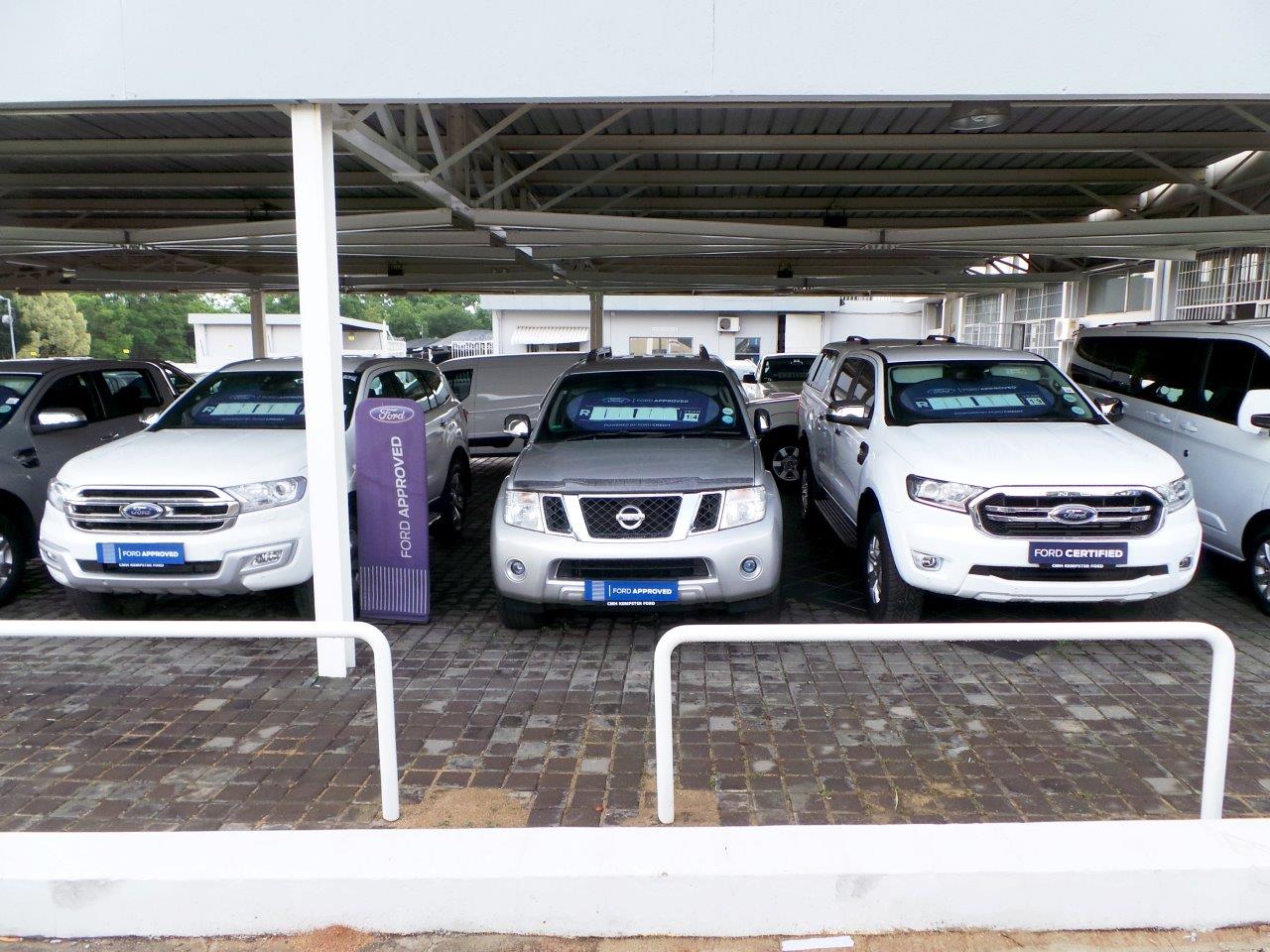 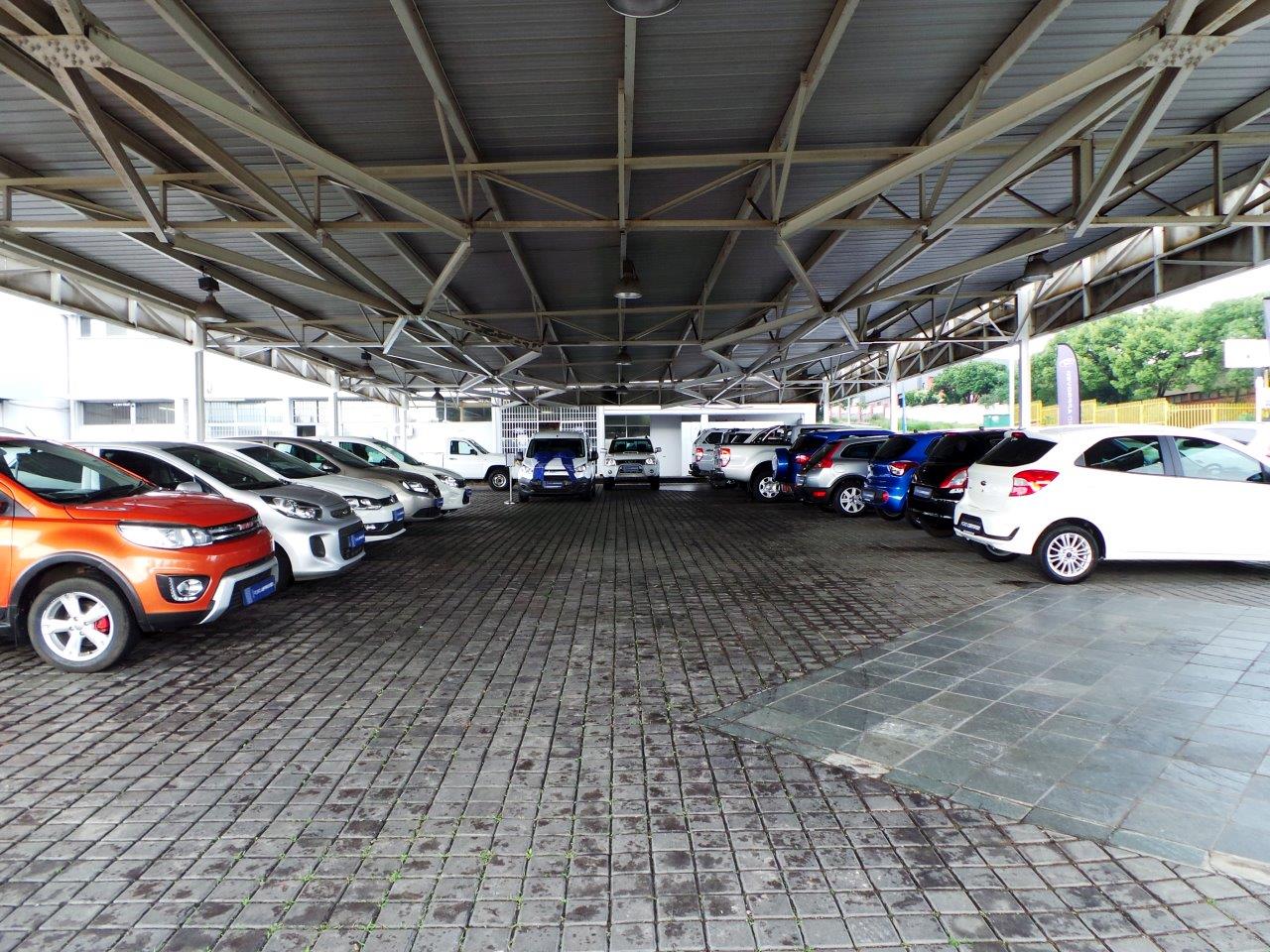 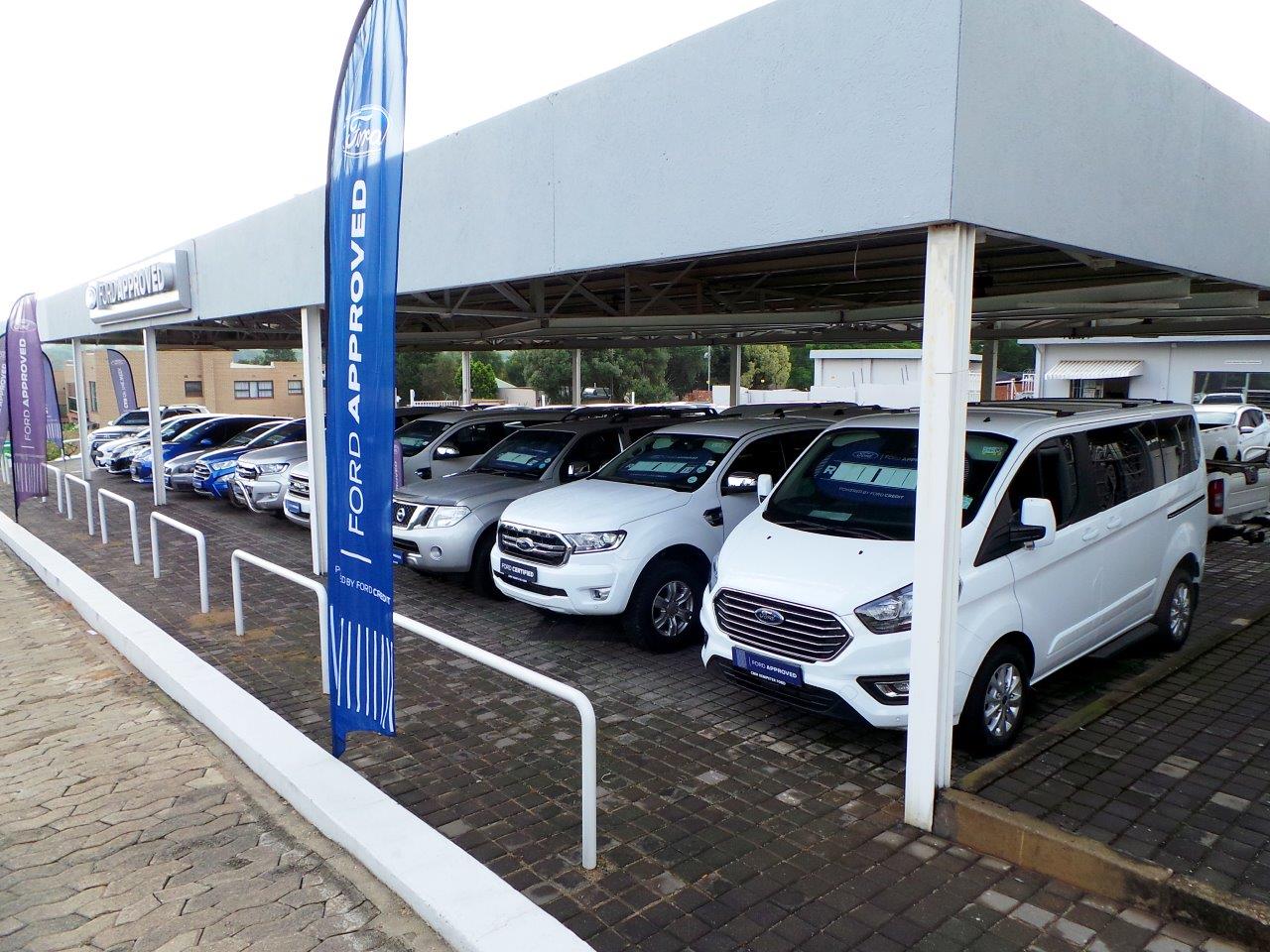 We go further, so you can.
It is our mission is to bring this truth to life so that all will know what Ford stands for. It is a goal we aim for within Ford and one that, externally, invites consumers to dare to dream of just how much they can do and how far they can go.

Visit us on the Cnr of Hill Street & Long Avenue, Ferndale, Randburg or contact us at0115097300
Browse our website www.randford.co.za or check us out on Facebook

As we get ready for the December holidays it is important to know that our vehicles are ready for whatever journey we planned in order for us to have a safe trip . With that in mind we are offering a Complimentary Vehicle Health Check at CMH Kempster Ford Umhlanga to keep you mobile not only for December, but for every type of use going forward. The Vehicle Health Check is there to simply check the state of your car and provide you with relevant advice. It’s completely up to you whether you use us for any maintenance or repairs that are needed. In most cases, our customers choose for us to do so as while the vehicle is in our care, this is the most convenient option. 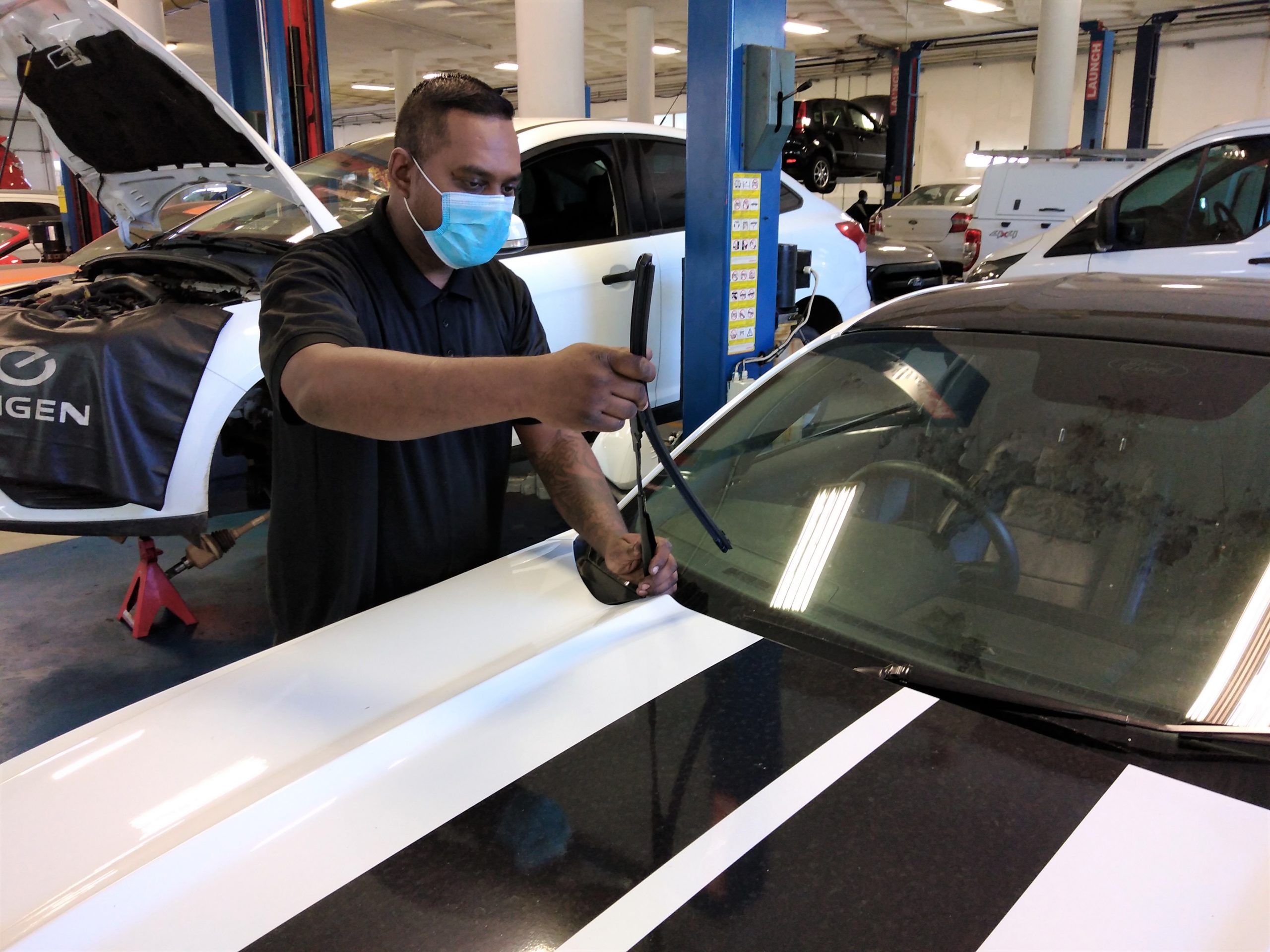 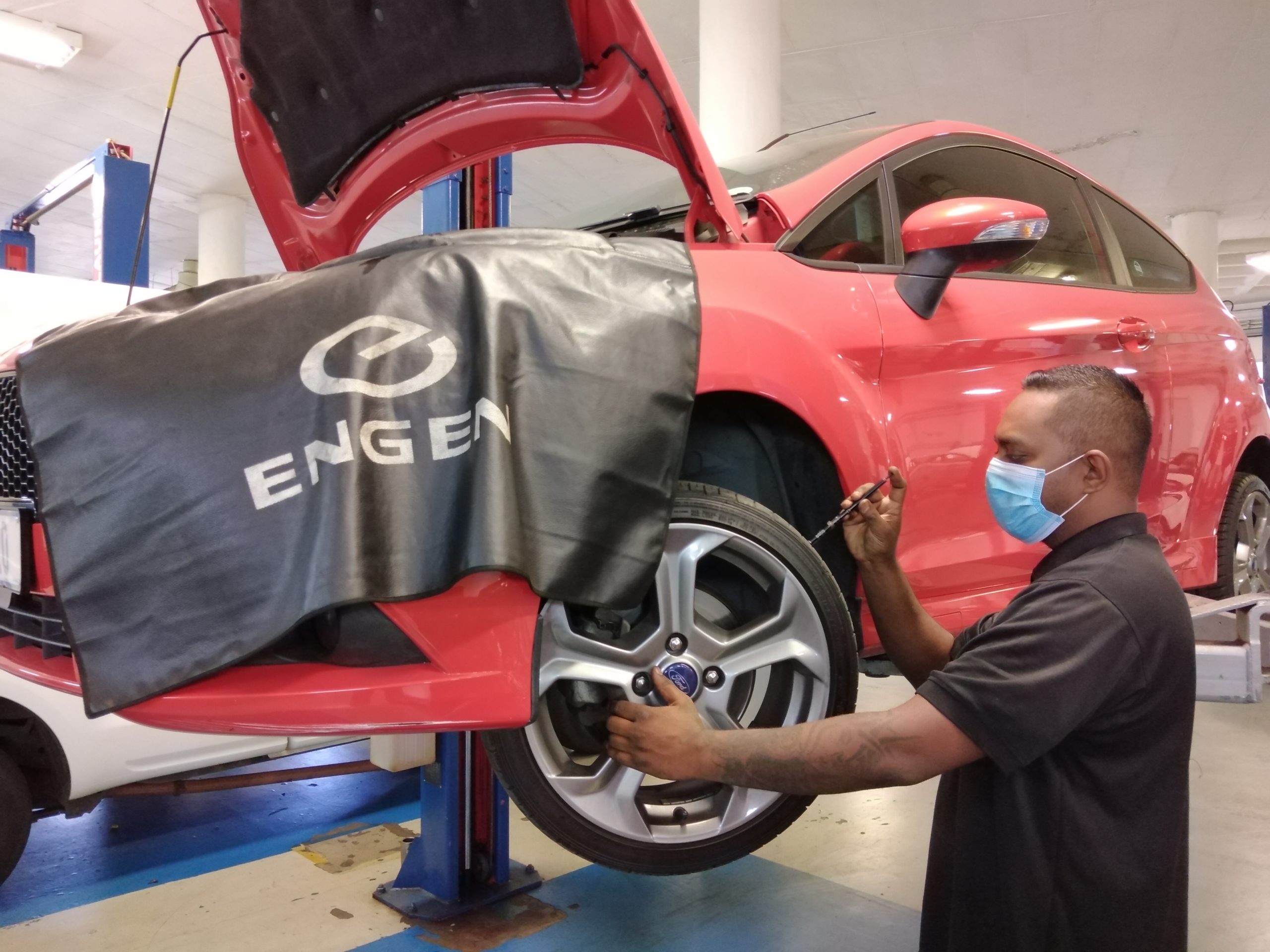 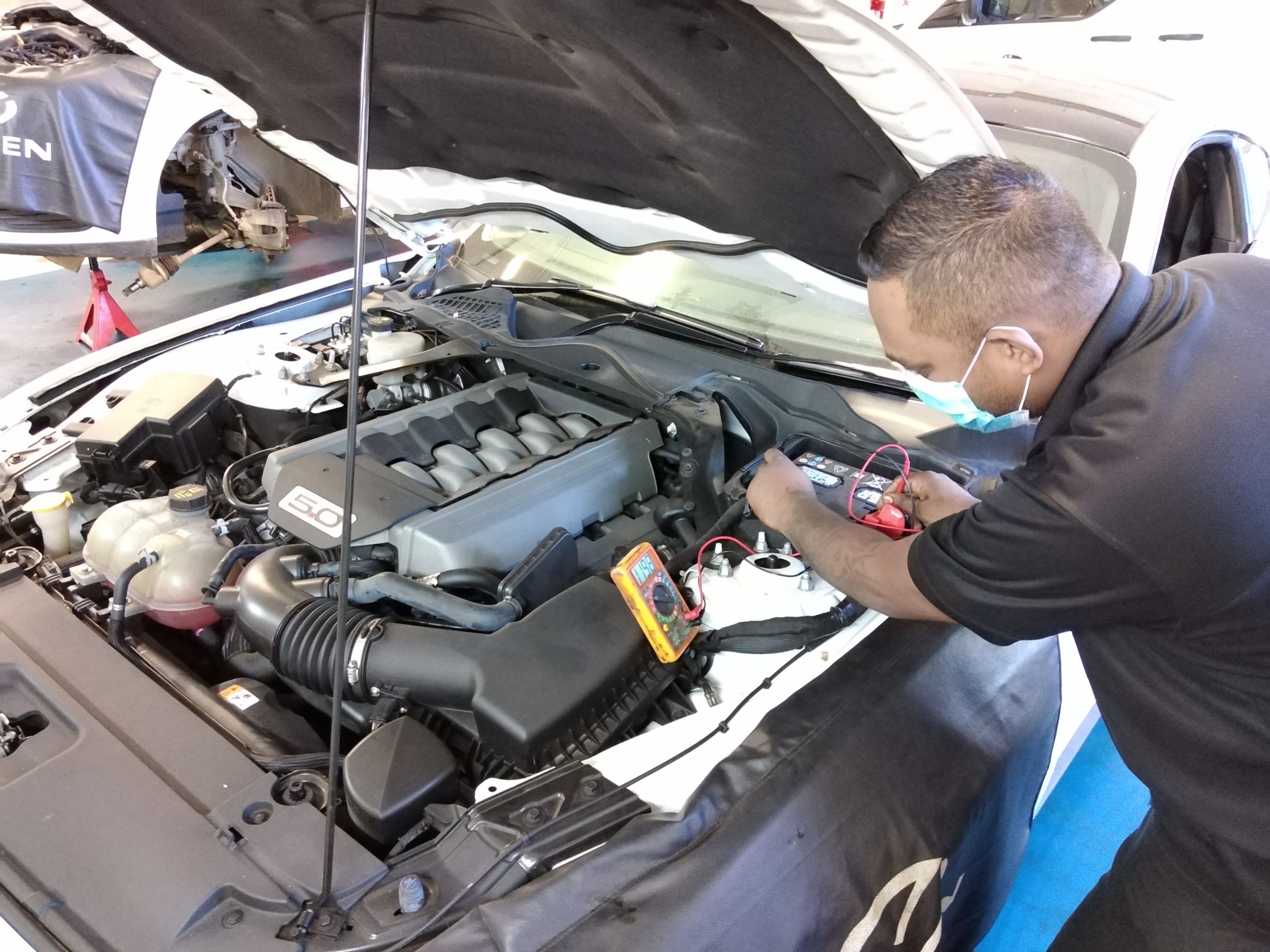 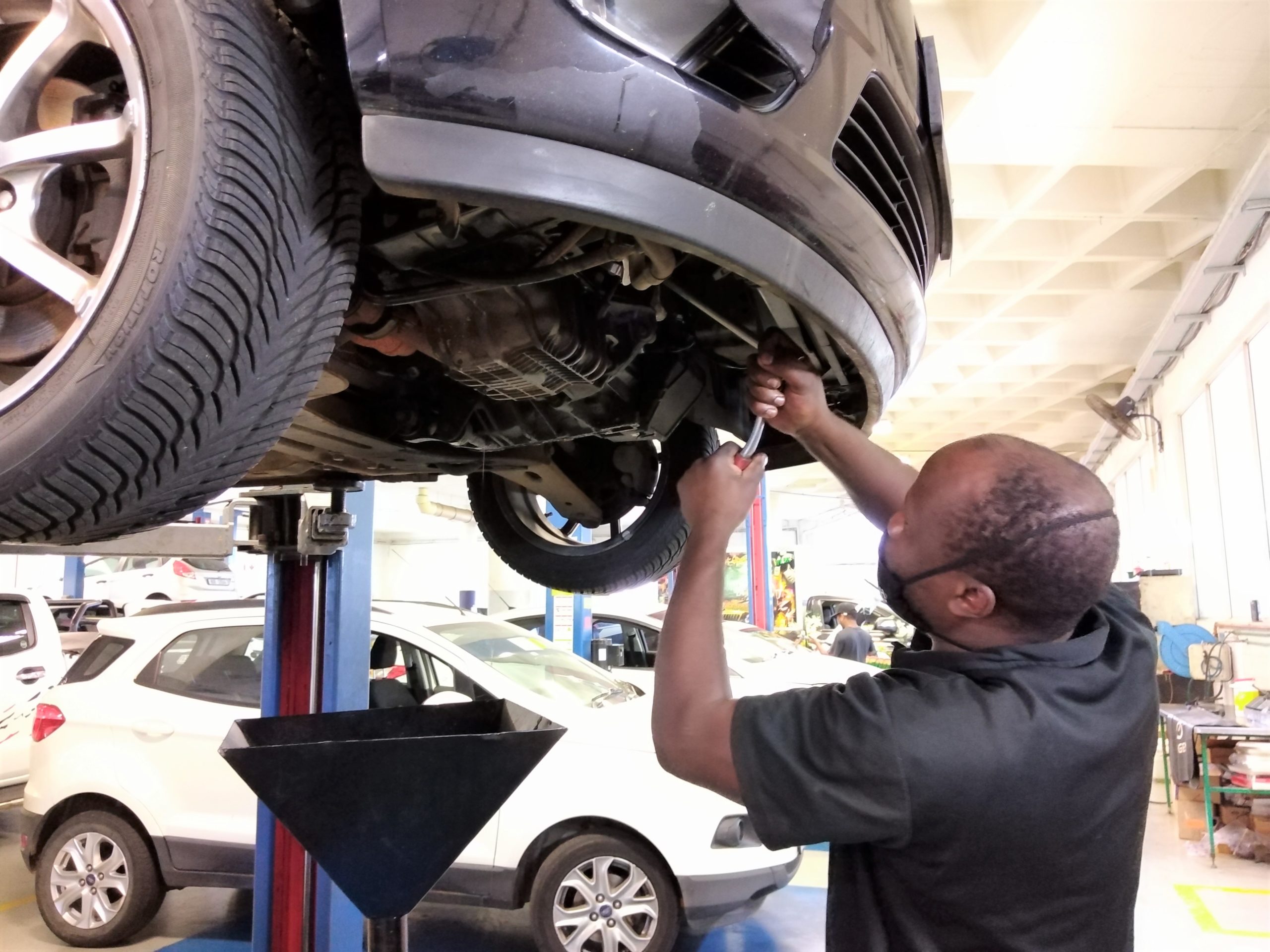 Most of the items done in The Vehicle complimentary Health Check will consist of the following:

These are just some of the important items that will undergo a health check. Once these are done you are ready for your next trip or day to day usage.

The Vehicle Complimentary Health Check is offered Subject to booking availability so don’t hesitate and contact us now on the number provided below, or simply visit our website and make an Enquiry.

The parts the department is one of the most important departments at CMH Kempster Ford Hatfield. And the man behind this department is newly appointed Louis Killian. We’d like you to meet our parts manager and to get to know him better.

Louis has been employed in the motor Industry for the last 23 years, with this much time in the industry it is no doubt that Louis would be the perfect fit for our CMH Kempster Ford Hatfield Team. 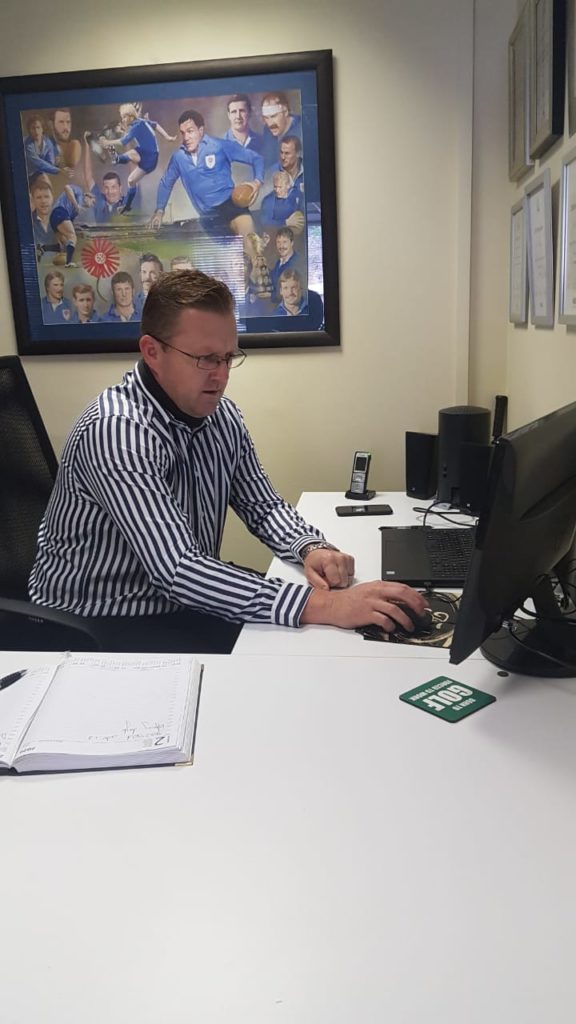 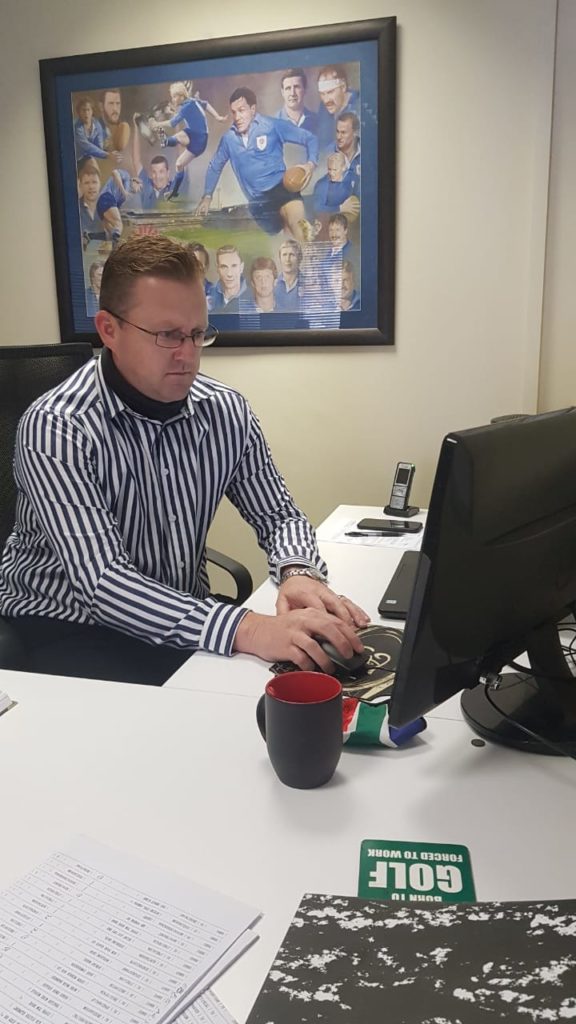 Louis says the part he enjoys the most about his current position is the unique challenges that come with the current state of the country, he says “every obstacle presents itself with a possible opportunity” – what a true statement as the industry has shifted into the “new normal”.

How does Louis best describe himself? we asked – “I am passionate about what I do, about my customers and achieving great results” he said. 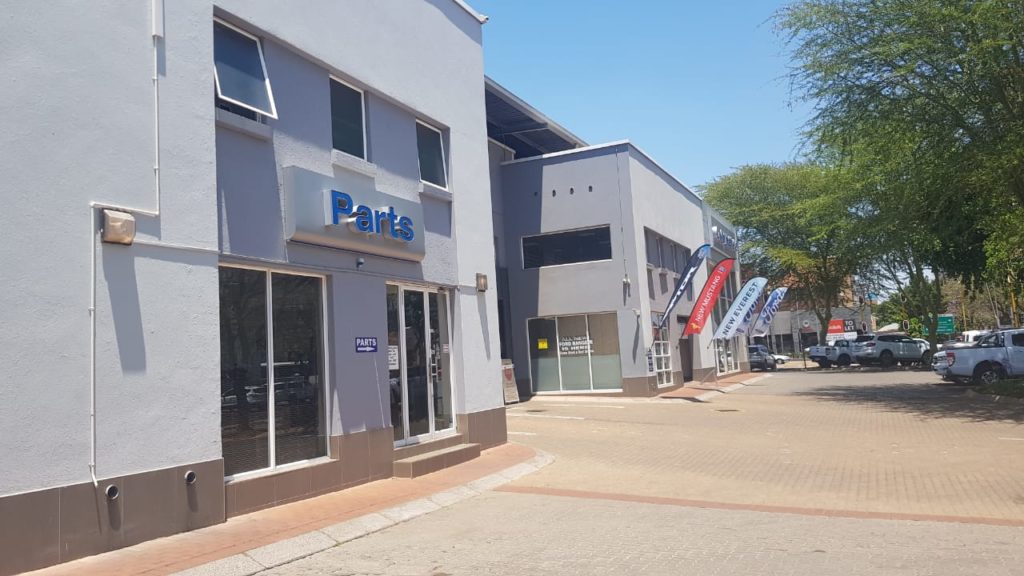 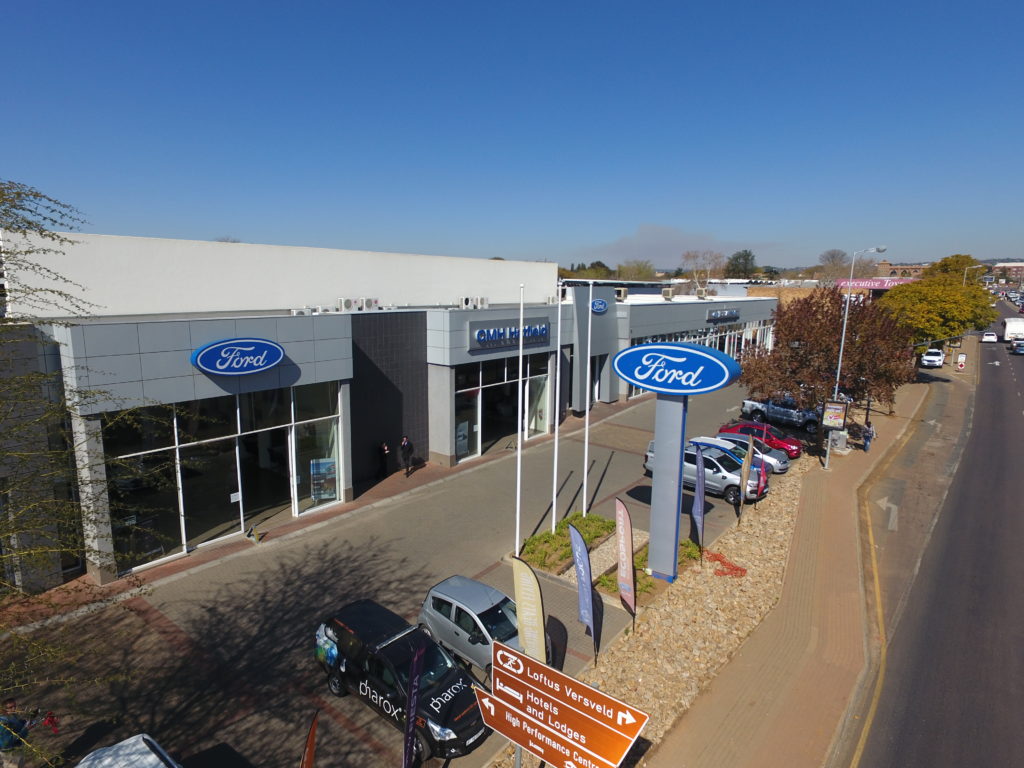 Louis Killian we welcome you to our CMH Kempster Ford Hatfield Team, we believe you will make a great success of your current position and grow within the CMH Group.

Ford’s earliest traces in South Africa go back to 1905 when Port Elizabeth-based Arkell and Douglas were appointed as the first Ford agents in the country. Laying the foundation, Ford Motor Company of Southern Africa (FMCSA) was founded in 1923, and a year later Ford opened its assembly plant in a converted wool store in PE to assemble Model T cars from export kits shipped from Canada. By 1930, Ford opened a new purpose-built factory in the Friendly City. 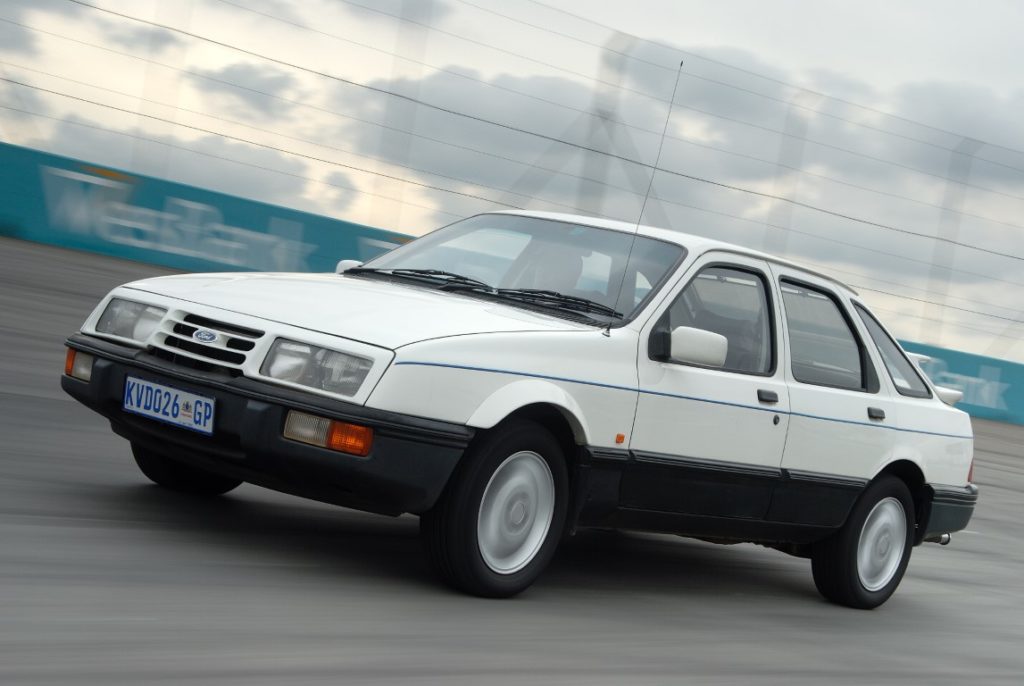 Ingenuity and determination are two traits that South Africans have in abundance, especially when it comes to building bespoke vehicles that would eventually become revered the world over.

Undeterred, and with plenty of technical expertise to draw upon, South Africa went through a period of fascinating homologations that produced a dazzling array of road cars including the Capri Perana V8, the Sierra XR6 and the Sierra XR8, which performed exceptionally well on the sales charts, and even took the motorsport world by storm, leaving an indelible mark on the country’s motoring heritage. 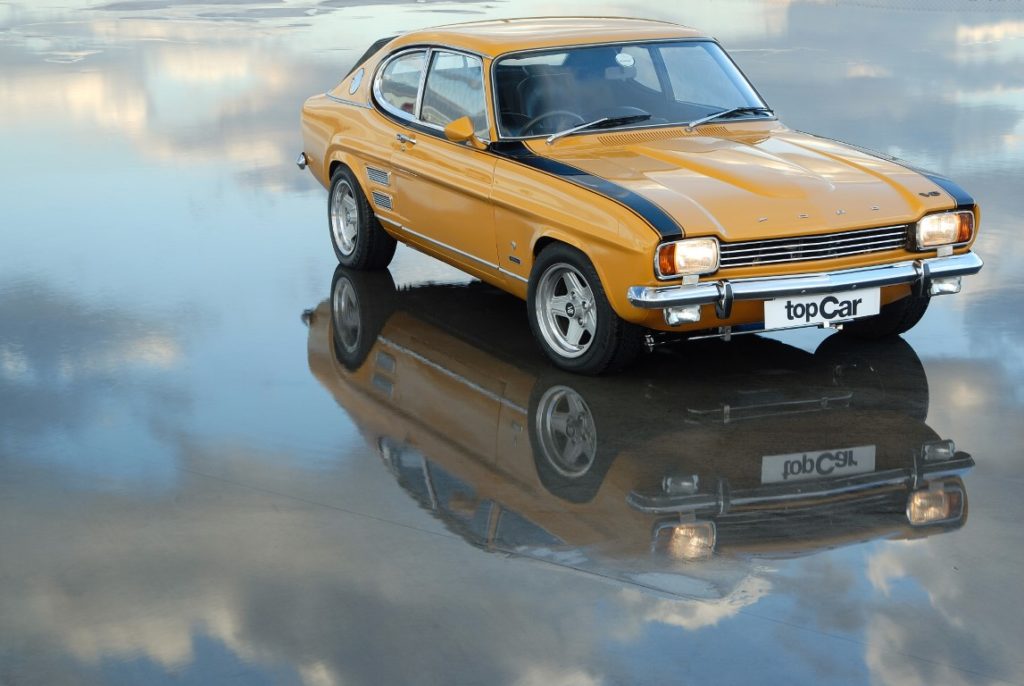 The Bakkies That Helped Build a Nation

Ford’s reputation for toughness was forged initially by vehicles like the Ford Cortina bakkie – exclusively sold in South Africa and a true embodiment of the country’s heritage. The Cortina bakkie was instrumental in building many of the landmarks that we see around us today, and helped fuel South African’s affinity with the venerable bakkie. 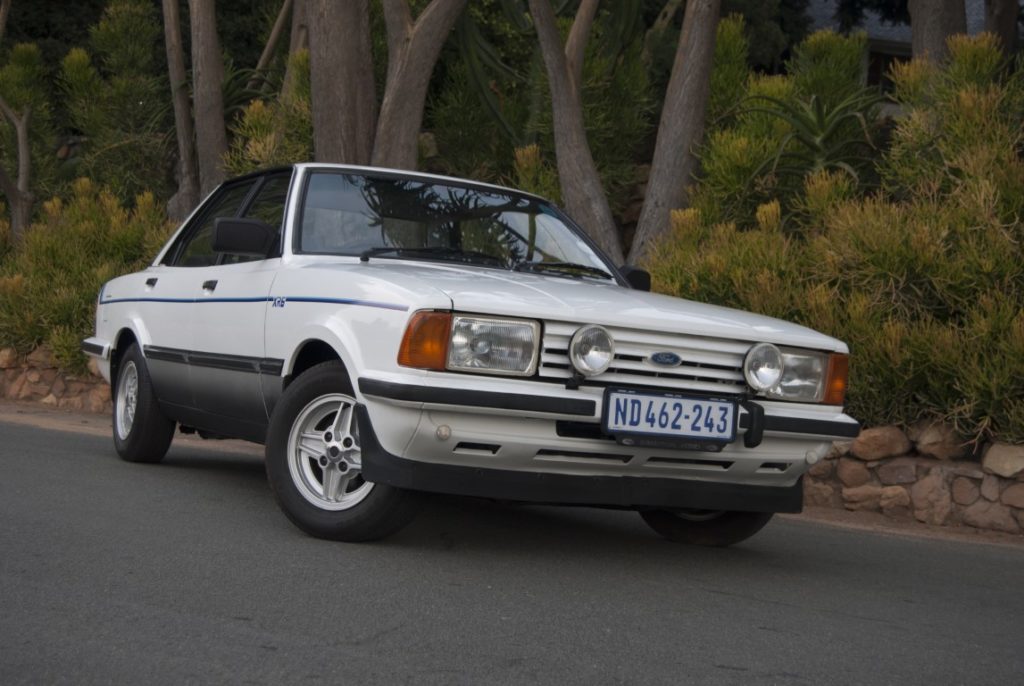 According to Grant, there might be no other vehicle that symbolises South African motoring more than the Ford Cortina bakkie. Eight prototypes were built at Ford’s Port Elizabeth plant until the Cortina bakkie was launched in 1971. 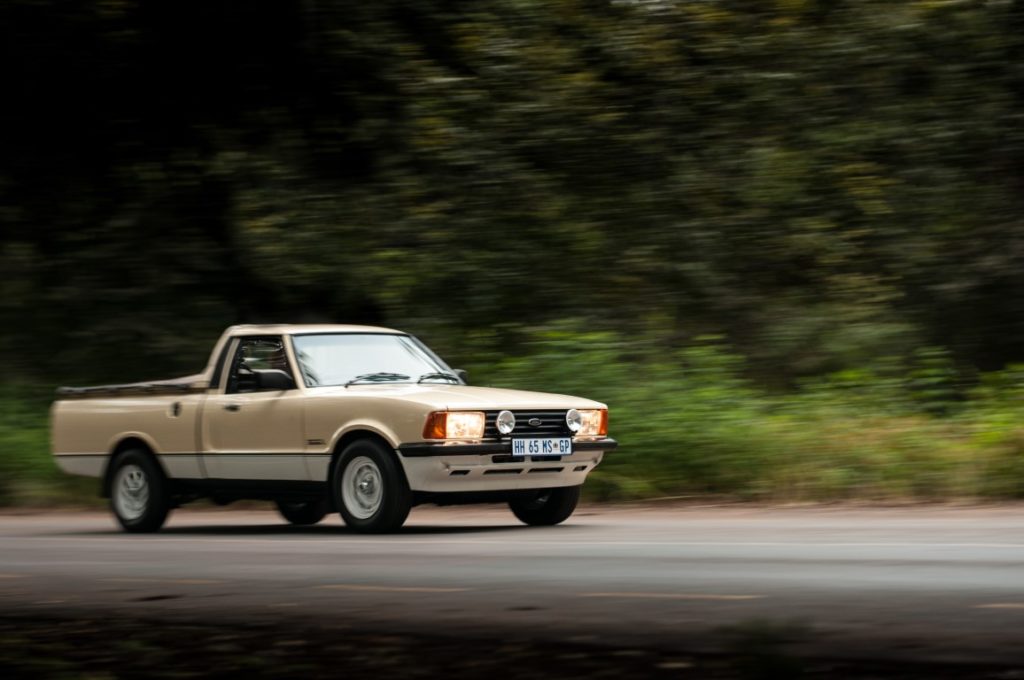 It paved the way for another South African legend, the Bantam bakkie. This half-ton small utility vehicle with passenger car-derived handling and safety used the locally produced 1.3-litre Kent engine, as well as the UK-sourced Fiesta engine ancillaries. The RoCam engine which powered later generations was a key part of the Struandale Engine Plant story, with 1 346 919 units produced from 2000 to 2012. 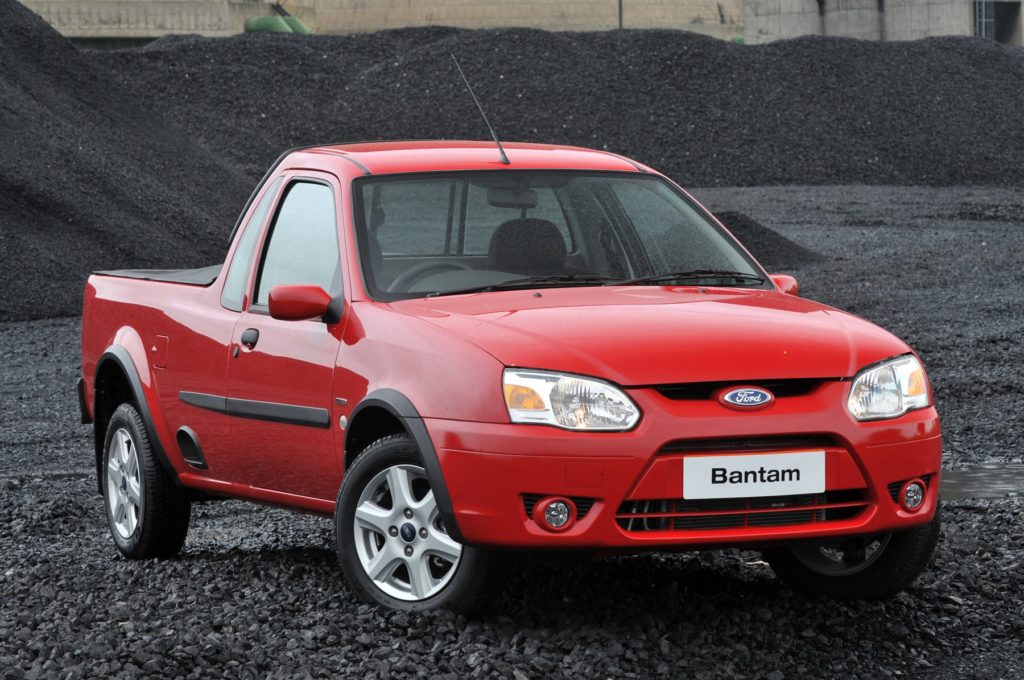 Ford’s 96-year manufacturing heritage in South Africa would be incomplete without the internationally successful Ford Ranger, which has been assembled locally since 2011 and is exported to over 100 markets around the world.  Two totally unique versions of the Ranger have been added to FMCSA’s Heritage models – and have helped reaffirm Ford’s commitment to South Africa.

Heritage Day in 2019 was shown in all its splendour by a one-of-a-kind Ford Ranger painted in the colours of the South African flag, and included its rich diversity of cultures, arts and wildlife by FMCSA’s own Paint Shop at the Silverton Assembly Plant in Pretoria. It took a team of five artists, three sprayers, and one assembler a total of 650 hours to produce, with the result reminding all South Africans how much the nation loves bakkies. 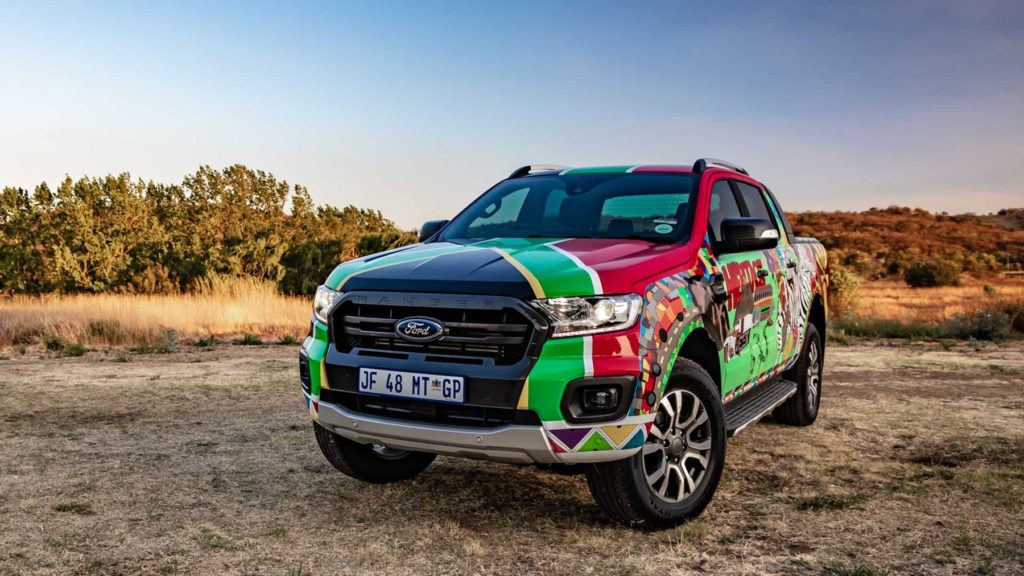 Unique South African artwork reappeared on a Ford Ranger this year – given the name Mandla by employees at Ford’s Silverton plant – for Mandela Day in July 2020. The South African flag features again with a portrait of the country’s iconic former statesman, Nelson Mandela, painted on the bonnet.

As FMCSA closes in on a hundred years of local manufacturing, its esteemed local heritage becomes even more cherished by those who have worked on these defining motoring icons. Their positive attitude and competitive spirit continues to inspire the next chapter of Ford’s proudly South African heritage. 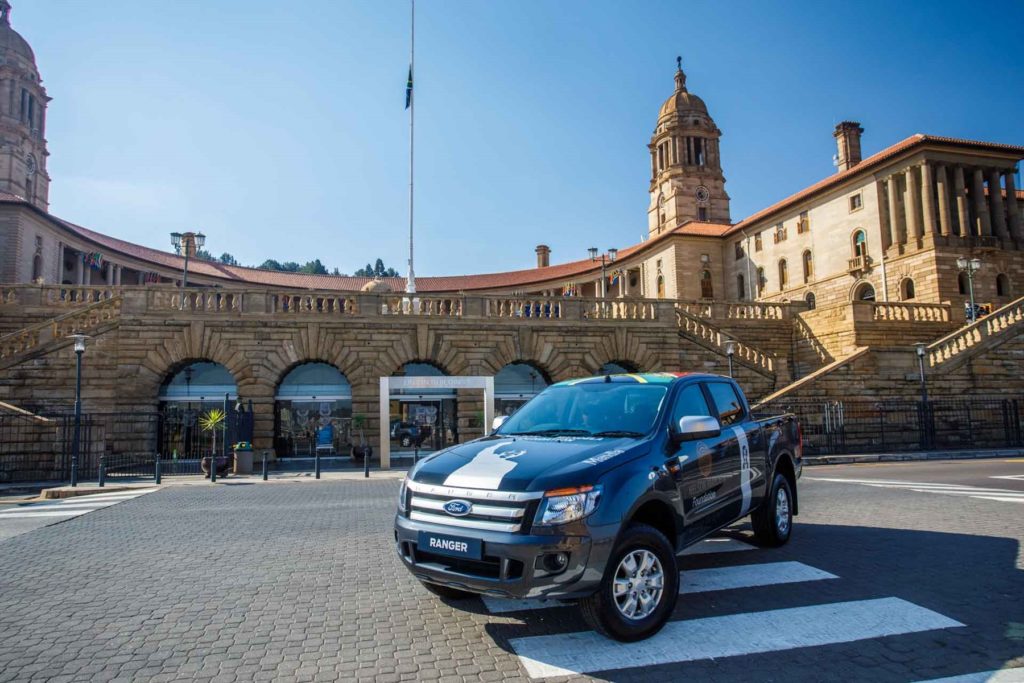 CMH Kempster Ford Randburg is proud to be a part of Ford’s Heritage in South Africa with 51 Years as a Ford Dealer behind our name. From humble beginnings in 1969 to what you see today in 2020, come in and see what our pedigree can do for you.

The go-getters, mover-shakers, wave makers: Get set to find yourself behind the wheel of the new Ford Figo Blu, this special edition is made for those who don’t believe in following others, it allows customers to dwell in their uniqueness and stand out from the crowd. 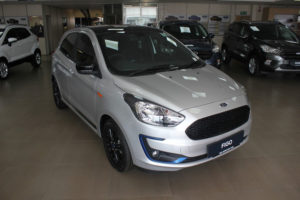 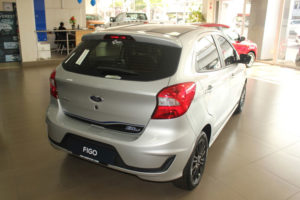 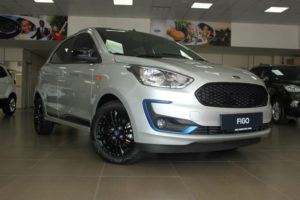 The Figo is simply one of the easier choices in life, every aspect has been thoughtfully crafted from the inside-out with a bold eye-catching exterior look and an interior aimed to give you a new perspective! The Blu package is only available in the Figo 1.5 Trend 5 door Manual and is characterized by a restyled black mesh grille giving it a more robust look, 15-inch black alloy wheels, blue fog lamp bezels, contrast painted mirror housings, a black roof and unique signage on the sides to round it off and adding to a stylishly sporty appearance.

Stepping inside, you are welcomed by a custom interior giving it a more refined and upmarket look. The Blu logo is embroidered on the front seats and floor mats, all four door panels have glossy blue finishes to add that special touch and a leather steering wheel is fitted. 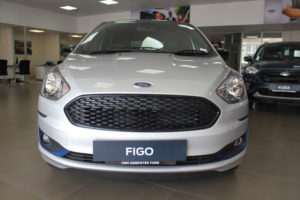 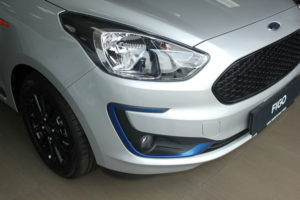 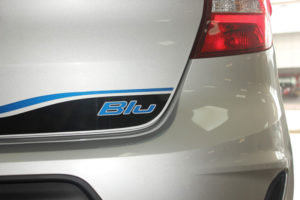 It is powered by a 1.5-litre, 3-cylinder engine and delivers a maximum power output of 88 kW and 150 Nm of torque. It can take on those steep hills with ease, handle corners extremely well, is quite punchy on acceleration and has over-all great driving dynamics. It is quite spacious for a compact vehicle and is perfect for day to day city life and weekend getaways. The Figo has a claimed combined fuel consumption of 5.7-litres/100km, the fuel tank capacity is 42 litre and has a top speed of 175 km/h. 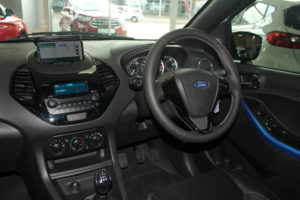 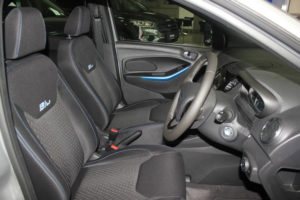 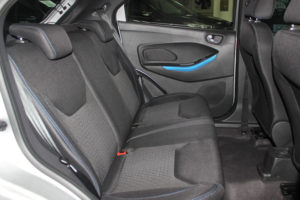 The auto drive-away locking system is found quite nifty and provides peace of mind in today’s life. Driver and passenger airbags, ABS brakes with Electronic Brakeforce Distribution and engine immobiliser comes standard on all Figo models. It has been designed to offer comfort and entertainment for every journey and comes with Bluetooth connectivity, a USB port and a Ford docking station which allows you to store, mount and charge your smart device. It is easily accessible and perfect when using GPS on your phone.

Step up for yourself, step into the unique Figo Blu and #GoMakeWaves future of South Africa. You will have to hurry as there are only 360 units on offer in South Africa! Contact our friendly and professional sales team on 087 724 8757 to claim yours or visit 610 Steve Biko Road, Gezina, Pretoria while we still have this limited edition on our floor.